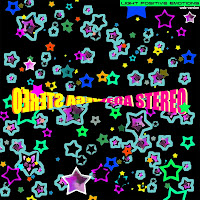 
People tend to turn to music to reflect their
particular moods.
And, while many people tend to focus on music
which is not part of the electronic genre, the fact
remains that electronic music is by far the most
diverse genre and certainly
has the ability to be included in nearly everyones
individual tastes.


As the seasons change and the temperature
makes its transition from warm to cold, ambient
electronica is typically the style that most people
listen to, and, if they make music, usually many
artists find themselves developing much darker,
deep-listening tracks.

Vega Stereo is the duo from the wonderful
country of Russia who, on multiple occasions
have allowed proc-records to release their audio.
In the past, they have released albums ranging in lengths
from one track to a dozen tracks, various bitrates
from 8 kbps all the way up to crystal
clear cd quality (and beyond), and have dealt with
sub-genre's such as hardcore dance music, low-key miniaml,
and now...ambient :)

This album, though it is rather difficult to pick
one particular release of theirs, is probably
my favorite Vega Stereo release.
I feel they sucessfully conquered an extremely difficult
genre (ambient), a task which many will tell
you can be quite difficult to do at times.
On this album you will find lush landscapes
of marvelous melodies which are sure
to enchant even the most engaged and hardcore listener.
While drum-patterns ARE found on a few of these
tracks, Vega Stereo did not revolve the music around
rhythm.
Instead, they opened their hearts and minds
to developing a splendid array of pads and leads
which will fill your ears with jaw-dropping sounds.

Having Vega Stereo release with proc-records has
been something that I have been exceedingly happy
to be a part of.
Found within every one of their releases is great music
perfect for nearly every occasion and usually leaves
you with something to contemplate (and also wanting more!!!).
good ambient music USED to be hard to find.
That is, until Vega Stereo came to proc-rec :D

An amazing album too good to pass up!