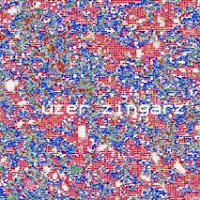 Just over a solid nineteen minutes, the five tracks
that make up the core of this ep are very beat-driven
and offer us a view of this pleasant, percussion based
side of Uze.

Whats more, this is also probably the first release we've had
(or that I can remember) from Uze which contains a vocal
sample of him!
(track three)
With the perfect amount of added effects to the rhythm like, phasers,
distortion, reverb and maybe even a little bit of delay peppered in
at various spots, this EP truly has it all.

As I said, it is nice to see Uze producing this type of music.
I myself know just how hard it can be to effectivly produce
GOOD breakbeats and hardcore jungle, let alone keep it as
interesting and strong as he has done on this album, and
because of that, I commend him whole-heartedly for not only
his efforts, but for his constant contributions
to the netlabel scene, ESPECIALLY here at proc-rec ;)

So look, quit reading this already!!
crack open this hardcore five-piece jow-ride of sound
and make your ears smile!!

oh!!! by the way...
uze recently told me that with each release, he would be
adding another letter onto his alias.
This release is the first of the series, and he has
added an R.
His alias for the album reads "uzer".
It's going to be interesting how long he uses this
idea!!!