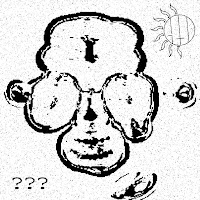 As proc-records grows day by day, I can only smile
and see how far we've come
(and how much farther we still have to go!).
There is still so much more music to be made, released and heard
by so so so many talented and gifted people.

GAAD is a Yugoslavian art-sound musician who has released
on such labels as TRASHFUCK NET (RESPECT!!!), SEWER rec,
and yes, even a release prior to this on proc-rec (proc091).
Since that release, we havent heard too much from him
...until now!

GAAD's latest release is just as deep, influencial and impressive
as his last one with us.
A very droning and almost landscape-ish release, it features
three tracks that are perfect for people who enjoy
deep listening music.
GAAD has a unique ability to beautifully compose highly emotional
pieces that go beyond traditional music of its type.
Adding his own special style, he has placed himself
in a league of his own and is almost a pioneer of a whole
new style of sound.

As i mentioned before, this is a deep-listening type
of album, so it is most appropriate to listen to with
full attentiveness as opposed to just letting
it play in the background while doing other things.
GAAD has proven that to overcome regularities within
sound, you must search the deepest realms of your mind and
unlock the doors of sound that very few people these days
go near or open.

this release will stick around with you for a while ;)