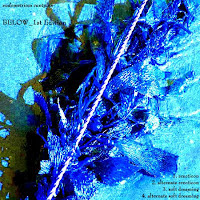 I have had the pleasure of working
with endometrium cuntplow quite a bit as of lately.
He has released two ep's of mine already on his
SUPER-FU%@ING GORGEOUS netlabel called
Love Torture Records, we have a split release here at proc-rec,
we've been on a 5-way split release at TRASHFUCK-NET
(RESPECT to RedSK!!)
and there is also a split cd-r due out soon on LTR!!

Anyway...
It goes without saying that this guy keeps quite busy.
(thankfully).

What we have here is a fresh new release from the
world-reknowned-california-based electronic/noise/drone/ambient
ARTist pleasantly operating under the moniker of endometrium cuntplow.
this little gem of audio contains 4 pieces of music that
dive deep within the chasms of experimental noise and
take you to an entirely new realm of musical enjoyment.

What makes the audio even more enjoyable
is the 32kbps bitrate, which is an excellent bitrate
for these tracks due to their already highly organic nature.


Okay, so listen...
you've got the tracks...
you obviously have the time if you're still reading this...
strap on the headphones and give this
release all the decibles you can possibly spare!!!

a true delight for fans of great music and even greater artists!!!
Hopefully we can convince EC to send us much, MUCH more, but
for now we have a brilliant little
six and a half minuter titled