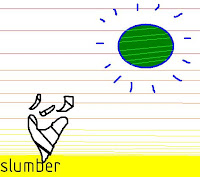 due to recent issues of seriously limited time, proc-rec
was unable to update our ever-growing catalog of fantastic music.
However, we are back in action and are pleased to
announce the return of a truly splendid sound project called
Sons Of Branford.

On their previous release, SOB demonstrated
true skill in fantastic sound production by executing
wonderful samples, deep, rich and meaningful melodies
all thrown into a blender with lucious textures, and mixed
until a thick batter of sound was created.
It definitely left a positive lasting impression on me, as I'm sure
it did for many, many others as well.
Well, one can expect something quite similar from the
second release.
That trademark 8-bit(ish), analog sound connected with
those (honestly) jaw-droppingly acurately placed samples,
SOB seems to have a unique ability to take different
sound pieces and fit them together with such elogant simplicity.
it reminds me of lego blocks being joined together, where each block
represents a note of audio, a sample, a kick drum or snare
and in the end becomes this gigantic block of sound
that is solid beyond comparison.

I'm sorry if that segment was a little difficult to understand,
but this music really is hard to effectively describe, and words
really do not do much justice to these amazing tracks.
Sons Of Branford is a sound project who I have come to
recognize as being one of the more interesting, experimental
and original acts here.
Plays well on speakers, but greatly deserves headphones and
full attentiveness :D

Without another second of delay, proc-records
brings you...