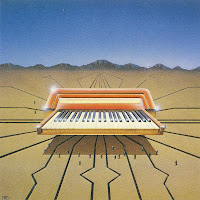 I think I speak for everyone
here when I say that it's been
entire too long for a new release
from Josstintimberlake here at proc.
Fortunately for the ears of all, we now
have exactly such a thing and are
able to celebrate properly at it's arriveal! :)
Donning his alias of Joss Manley, mr. JT
felt the need to release something
on proc-rec.
So, he went diggin'through his old
archives of previously unreleased audio and
sent this over!

This album is essentially just a collection
pieces that he prepaired
nearly half a decade ago on (of course!)
a Commodore 64 using what he admitted
was an "obscure piece of software from 1983.
the wierdest music program i've ever used".
While it is noticable that these tracks are
slightly dated (or maybe thats just because
the software is older?)
the music is nonetheless true to the oldschool,
lovely lobit nature which IS Josstintimberlake.

All in all, this is a great album.
It is much more directed to a glitchy
perspective of 8bit/chiptune techno although it
happens to have a more mild or
laid-back demeanor due to the slower bpm
of a few of the pieces.
As a self-PROClaimed avid fan of
this man's work, I highly recommend
downloading it and putting it with your collection
of his other works (and proc isnt the only one who
releases this guy's stuff!!).


------for those of you who may be interested
in attempting to make your own audio
using this dated program, check it out online.
It's called ultisynth64.------

I'm not really sure what else to say, man.
I mean, this is definitely a cool ep, and it was
a blast hearing some original tunes
from an original dude, but does
that constitute for an actual music review???


currently the proudest netlabel
on the WWW, proc-records
is once again providing
the global massive of lobit acid house champions
some new solid beats to get down and funky with,
regardless of your location.