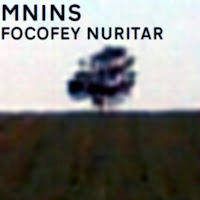 
There comes a time in everyones life
when they realize their true potential
and discover what it is that they really
want to do.
For me, one of those things is releasing
open-source music through a non-media controlled
conglomerate, dictating to me what they think
I would like to hear or what they think
interests me the most!
screw all that, man!
I went underground, started proc-rec, and
never looked back since.
Now, with regards to the artist featured on
this next album, MNINS, we share similar
ideals in terms of music and the like.
We both produce music, both operate netlabels,
and both appreciate art in it's truest form.
The only difference is....MNINS IS AMAZING
at what he does!!!

MNINS (which I'm told is pronounced "Nines")
is by no means a newcomer
to this glorious scene.
As I mentioned before, he
operates his own netlabel
called Unaware Records, has
released on proc-rec
and other reputable labels
in the past, and
maintains an admirable
level of productivity,
one which is almost unsurpassed in
quality and regularity.

This album is nothing short of perfect
on utterly simplistic levels.
Through manipulation of solid walls of
noise, MNINS gradually changes the focus
of this piece, pulling it apart into different
directions and taking it to
someplace else entirely.

Bottom line, ANYTHING from this guy
is sure to be top-notch quality, and expect
nothing less from your primary audio source
known only as proc-records.