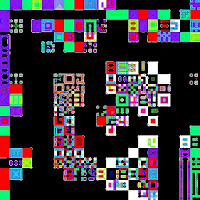 okay....so you might want to sit down before
listening to this one....
make sure you're quite comfortable, have something to drink,
and please, take special care when adjusting your
equalizer....because Joss Manley has done it again!!

Known by a variety of aliases, expanding
the deepest reaches of glitch-tech electronica
and heavily low-bitrate influenced, Joss Manley
has been a frequent producer and releaser on
my humble little label for over two years.

Even though this material is not lobit, it does
have a rather lo-fidelity sound.
Wrapping you up into a warm blanket of old-school
techno and hardcore 8-bit glitch-hop, my man Jmanley
demonstrates true talent once again, without the
use of expensive software or sound recording
equipment.
I mean c'mon...let's face it. What good is
good equipment if you cant even use it?!?!
Compared to his other releases
(with the exception of amiga gam series)
this one is probably my favorite due to the dark textural
nature of even the dancier tracks.
The album certainly ends with a bang
through the seventh track titled "dor'm".
A heavy bassline manufactors a solid and rigid
framework for the piece to develop around,
while glitchy and pulsating percussion segments
are layed heavily upon one another in a very autechre-ish
fashion.

Joss Manley, regardless of the alias, always
delivers the top quality sound files that so many
of us crave.
proc has been fortunate enough to have included
him on various ep's and compilations, going
on completely different spectrums of the bitrate scale.
it is cold outside, yes yes, but wrap yourself into
some good headphones
(or break into an abandoned warehouse
and DJ these tracks for your friends, and their
friends, and their FRIENDS friends) and watch
the evening heat up (;

another classic album from a truly stand-up dude!

as some of you already know, proc has a sub-label
which has been quite active since mid 2009.
the label is called 4m@ (pronounced 'format')
although it has also been dubbed from time to time
as proc-micro, which i think is a pretty far out name
too! (:

anyway, from time to time I will be making posts
about recent additions to the catalog not only
at proc-rec, but also at 4m@-rec.

^^^^there is ALOT of good music there, man!
TONS!!
take a few minutes, download the ENTIRE catalog,
and get up-to-date on the all the latest happenings
in the underground!!

NOISE WILL BE NOISE!!! 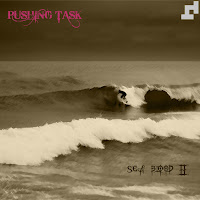 twenty-ten is already about twenty days old, and
even with the new year being so young, proc-records
seems to have added a new name to our ever-growing
family of talent...none other than Pushing Task or
as he has also become known by fans of
the underground noise scene, jnmerd!
in many ways, jnmerd is the true embodyment of DIY.
A musical minimalist dwelling within the context
of harsh noise and mainstream inbalance, pushing task's
primary objective is to destroy sound through the use of
nothing less than pure art and complete artistic
self-expression (which is probably why it seems to work
so well here at proc! lol)

Scenesters (a term I use to sorta mock the people
who claim to like noise or downplay it's importance)
have approached this man's work on numerous occasions,
only to be left unsatisfied with the results.
Why?, you might ask.
Because just as many artists are not fully understood,
nor their work fully appreciated in their own time, jnmerd's
ability to utterly destroy all pre-conceptions of the noise genre
make him a true hero and king of the style through
his dedication to perfection which is apparent on his releases
past/present/future.

Now, while the other text document included in this .zip package
gives a more detailed explanation to the roots of this release,
I still feel it necessary to explain my pride in having had
the honor of releasing this noise album.
proc is, essentially, a noise netlabel, and having an album like this,
(let alone a debut album from a debut proc artist) is
certainly a proper way to begin this new year!
join me in celebrating a quality product from a quality
artist, based in a country who has it's fair share of musical
talent across the spectrum, Canada! 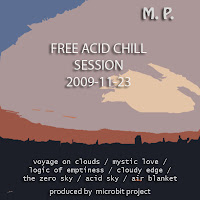 proc is gearing up for this brand new year we have just
entered, and as we do I of course turn my
focus to the great country of Russia for musical
output inspiration!
Although, to be more precise, I pay attention to
the artist AND alias of none other than Microbit project.

As a label, Microbit project has some highly notable
musical output from artists like Sascha Muller, razxca,
jjoth, MNINS, Toxic Chicken, dn76e, among others!!
As an artist, MP has not only worked with a large portion
of those artists on compilations and split releases, but he
also stays active enough to release solo works at places like proc,
Love Torture, Intox Noize, Creative Obsession, bypass and
even at proc-rec's sublabel, 4m@-records!


Evgenij's sounds are always quite original in terms of
composition and theme.
Quite majestic in nature, his ambient works
are definitely some of the darkest, mind enhancing and
thought provoking around the netlabel scene.
His noise material can be some of the most brutally
sound damaging audio within the underground noise community,
capable of shaking up the industry on more than one occasion.
However, on this ep we are immersed deeply into the
happy hardcore days of early electronica and
acid house rave fusion.

It should come as no suprise to anyone who has had any
exposure to minimal music ( i would suppose in any form)
that to have such a strong release would have come from
a place like russia.
Renowned worldwide for having deep sound roots in minimalism,
Russia is essentially the primary, central hotbed for such works.
But since this album isnt quite minimal, lets focus
more on it's dancefloor properties...because brother...
from beginning to end, this is a dancefloor smash hit!!
Wicked acid basslines thickly cover each track while nice drum
programming and effect usage are found as ways to propel the
tracks in the proper direction.

an album that seems to be (at least o me) one big EP
of three smaller ep's , Free Acid Chill Session 2009-11-23
is an album of material from MP which not only was
encoded at a slightly higher bitrate from him than usual, but
is also probably one of my personal
favorite releases from him, and definitely one of the most
refreshing acid-house/hip hop fusions albums to hit
my ears in a long, long time.

not a moment too soon, Evgenij saves the day!!! 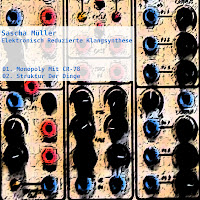 looking back over the past 2/12 years of running proc,
It suprises me just how far the label has come.
nearly a dozen compilation albums have been
accomplished, and filling the spaces in between each
one has been an astonishing amount of
great music from great people in
varied, yet equally great countires.
Sascha Muller is one such artist from one such country
making such music (:
whether you're looking for something mellow
or something with a huge amount of
in-your-face action, Sascha
has been the one to deliver precisely
the proper amount of
sound to keep people happy, regardless
of the situation.

Each year since probably dating back to 1998, Sascha
has been producing music at an impressive rate.
Upon viewing his discogs page, it is clear to see that
most of his years as an artist have seen over a dozen
ep's and full length's , with 2009 as probably being his
most active year thus far!
To those whom are familiar with sascha, a quality product has
become accepted beyond a shadow of a doubt, and
with this great little two track ep from the
electronic music King himself, proc is able to stand proud and
have a positive look on the new year (:

the album starts out with the track "Monopoly Mit CR-78".
A repetitive glitchy minimalistic tune with a catchy
drum seqeunce, this piece geatures mostly
static percussion in conjunction with a solid
"dun dun dun dun dun dun" chord which
acts as it's own melody and beat-locking technique.

The second piece propels the ep to a whole new level
by taking a much different direction of sound in terms of
abandoning the highly mechanic beats
and replacing it with a much subtler and mellower atmosphere.


All in all, this is yet another great little .zip of music.
consider it a late Christmas present...from us to you!

...Elektronisch Reduzierte Klangsynthese...difficult to pronounce
but easy to listen to!!